Don’t tell me the moon is shining; show me the glint of light on broken glass.

2. What is the difference between createElement and cloneElement?
JSX elements will be transpiled to React.createElement() functions to create React elements which are going to be used for the object representation of UI. Whereas cloneElement is used to clone an element and pass it new props.

5. How to create components in React?
1. Functional Components:

6. What is Pure Component?
React.PureComponent is exactly the same as React.Component except that is handles the shouldComponentUpdate() method for you. When props or state changes, PureComponent will do a shallow comparison on both props and state.

7. What is reconciliation?
When a component’s props or state change, React decides whether an actual DOM update is necessary by comparing the newly returned element with the previously rendered one. When they are not equal, React will update the DOM. This process is called reconciliation.

8. What are portals in React?
Portal is a way to render children into a DOM node that exists outside the DOM hierarchy of the parent component.
ReactDOM.createPortal(child, container);

10. How do you memorize a component?
Since React v16.6.0, we have a React.memo. It provides a higher order component which memorize components unless the props change. To use it, simply wrap the component using React.memo before you use it.

11. Can you force a component to re-render without calling setState?
By default, when your component’s state or props change, your component will re-render. If your render() method depends on some other data, you can tell React that the component needs re-rendering by calling forceUpdate(),
component.forceUpdate(callback);

13. Why you can’t update props in React?
The React philosophy is that props should be immutable and top-down. This means that a parent can send any prop values to a child, but the child can not modify received props.

14. What are render props?
Render Props is a simple technique for sharing code between components using a prop whose value is a function. The below component uses a render prop that returns a React element.

Libraries such as React Router and DownShift are using this pattern.

15. What is React memo function?
Class components can be restricted from rendering when their input props are the same using PureComponent or shouldComponentUpdate. Now you can do the same with function components by wrapping them in React memo.

16. How to use https instead http in create-react-app?
You just need to use HTTPS=true configuration. You can edit your package.json script section:
“scripts”: {“start” :”set HTTPS=true && react-script start”} or just run
set HTTPS=true && npm start 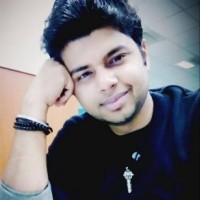 Thank you so much to be here and just to read my blog post. If you really love this post. Kindly share it with your friend's circle.